A Home to Keep 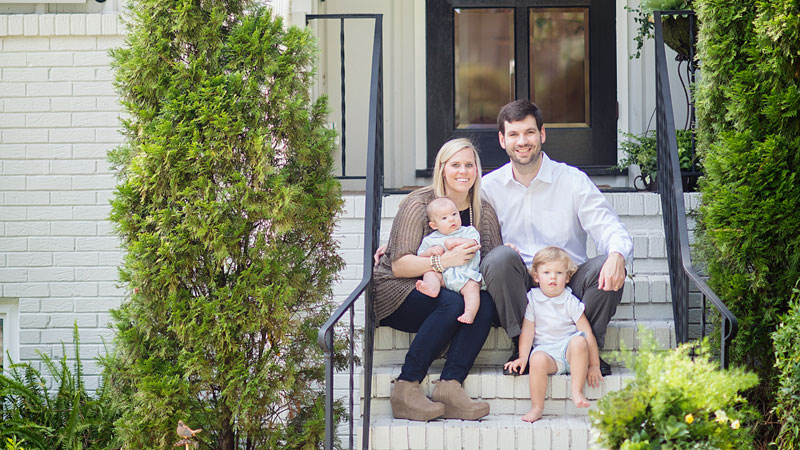 Maggie Lawrence was only a college sophomore when she bought her three-bedroom house on Crest Lane. Roommates helped her pay her mortgage, and friends from Samford University would often hang out in the basement and sign its “guest book” wall with one of the Sharpies she kept in a bucket. Needless to say, she never thought she’d raise a family there.

After college at Samford and then grad school at UAB, her roommates moved out and she married Craig Lawrence, a graduate of Cumberland School of Law. Later came a baby boy and then news of a second. That’s when Maggie and Craig started exploring whether to move or renovate. But they found all the bigger homes they looked at would still require renovation, and when Maggie told one realtor what she liked about her current home, he said finding another one like it in Homewood would be like finding a unicorn.

An interior designer out of Atlanta drew plans for the family to maximize their space without building out or up. The plans called for taking down walls to open up the kitchen and living room, and repurposing the basement, which increased the square footage from 2,000 square feet to 3,000 by adding a living area and two bedrooms.

While in the process of obtaining several bids on their plans, Craig and Maggie visited a newly flipped house in Mountain Brook that was on the market and loved it, but it was smaller than her current one—and let’s face it, they didn’t want to leave Homewood. “What if I can just get someone to do this to my current house?” Maggie thought. So she wrote down the contractor’s name, Kevin Misso of River Brook Construction, and gave him a call. 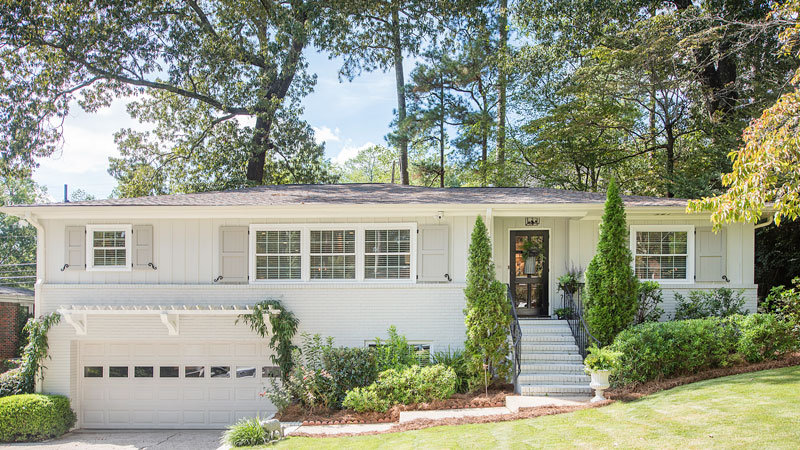 It turns out the Lawrences and Missos (Kevin and Leigh) had many mutual friends and even both attended the Church of the Highlands. After getting several bids on their plans, Craig and Maggie felt comfortable moving forward with River Brook, based upon Kevin’s hands-on approach and Leigh’s background in interior design.  Before long, the Lawrences were moving into a rental house and work began. Kevin even allowed the Lawrences to take a hammer to the walls to officially kick off the construction.

The renovation used the original plans, but also included Leigh’s design work and changes that made sense as the Lawrences got further into the project. All the windows were replaced, the two existing bathrooms were updated, and a third bedroom was added in the basement, covering the Sharpie guest book walls with sheet rock and shiplap.  As an unexpected bonus, layers under the main floor carpet and tile they found original hardwoods they were able to restore.

As fate would have it, the Lawrences were able to move back into their house just days before their second son arrived—at Brookwood Hospital the same day as Leigh gave birth. And now, a decade after Maggie first moved in as a college sophomore, Crest Lane is where Craig, Maggie and their two boys are forming new kinds of memories. 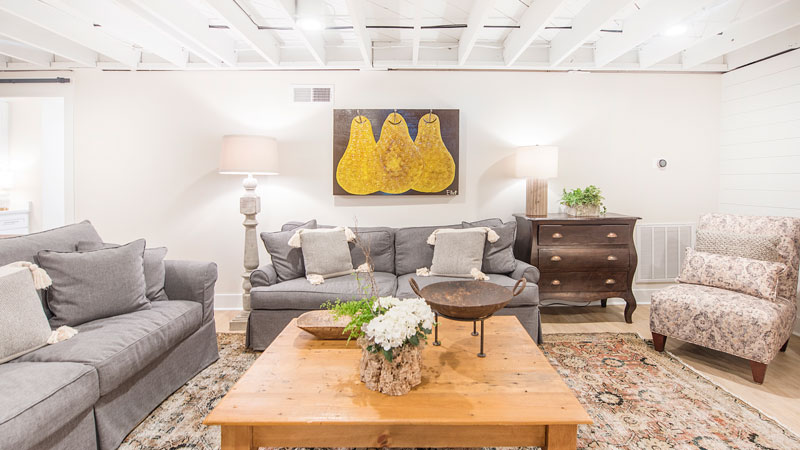 Maggie wanted this space to have a different feel than the upstairs, so they picked out darker sofas and lighter colored tile that looks like hardwood to brighten up the space. They also kept the ceilings exposed but painted them, and added canned lights. 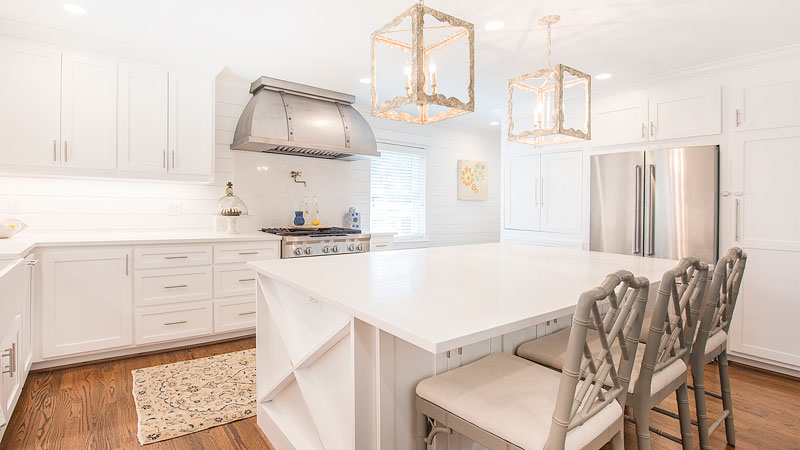 Large pendant lights from Three Sheets in Homewood anchor the newly open bright family kitchen, along with its custom steel vent hood. The same quartzite on the countertops crawls up one wall, while shiplap covers the other. On the counter Maggie likes to display one of her pottery bowls made by Over the Mountain Mud, founded by her aunt Anita Miles. 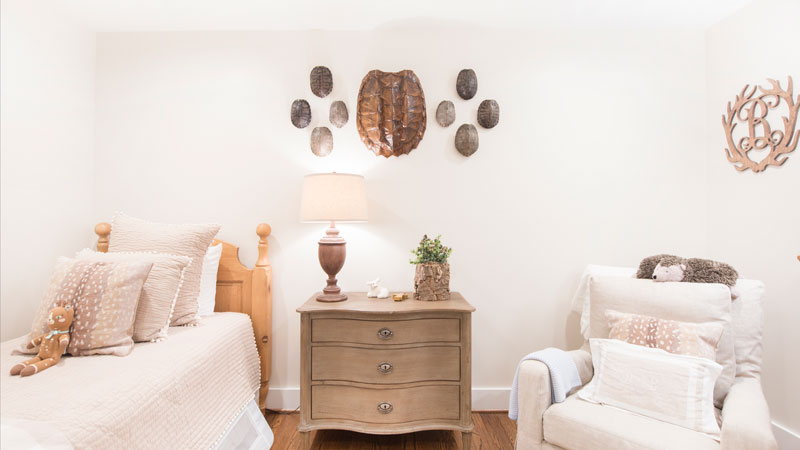 When 2-year-old Banks was an infant, he would reach for the hedgehog stuffed animal, draped over the back of the rocker, and the two were joined at the hip from that point forward. Today Banks has plenty of backup “Hedgys”—and they have become the inspiration for his big boy room décor. Maggie commissioned an artist to create a hedgehog watercolor, and anyone who knows Banks and finds a hedgehog is likely to give him one. He even dressed up as a “Hedgy” for Halloween. 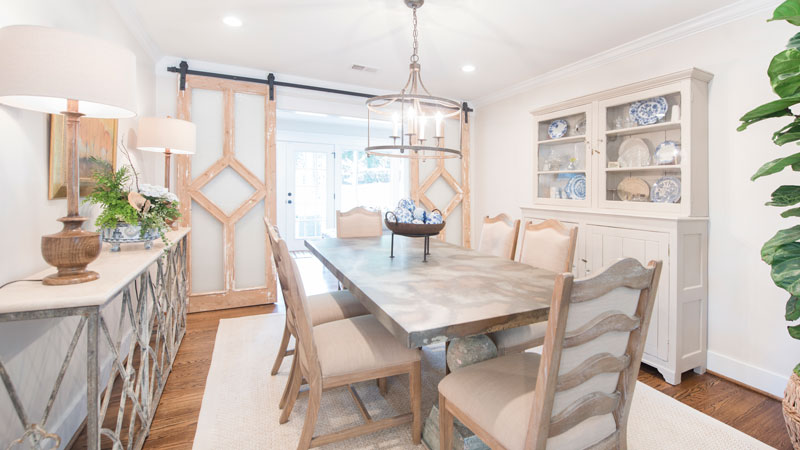 Barn doors separate the dining room from the play room on the main floor. Maggie got the Park Hill light fixture from Stock and Trade and her table from The Mart in Atlanta. To round out the space, she painted a hutch multicolored to match the other neutral colors in the space. 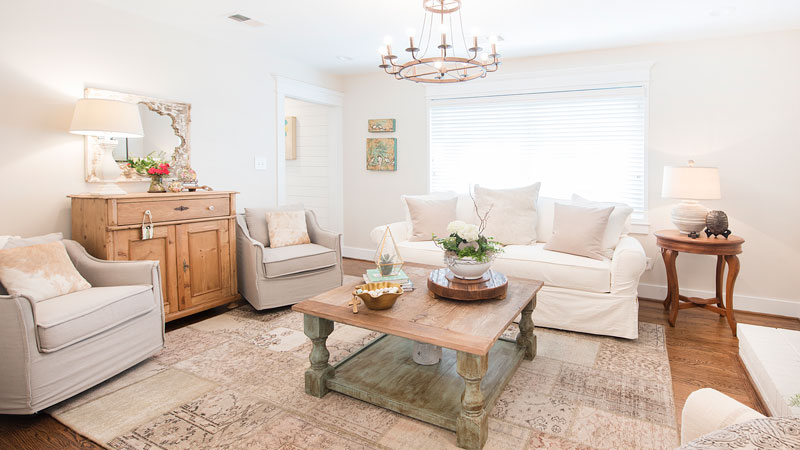 A second main floor living space in addition to the living room allows for multiple groups to hang out at once. 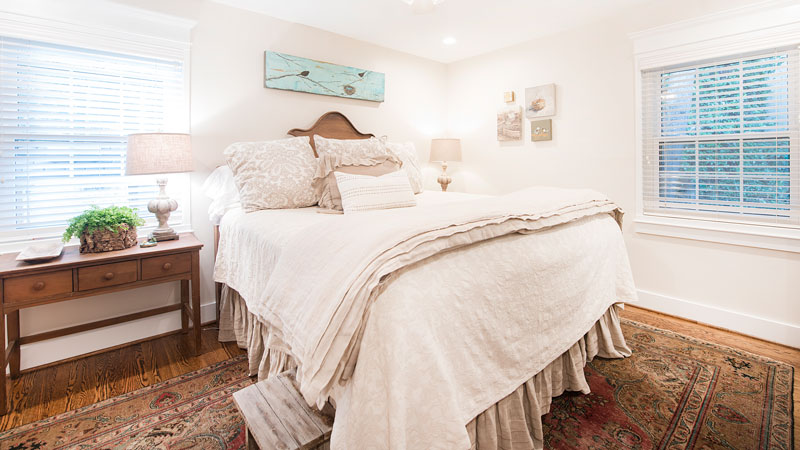 To increase their storage space, the Lawrences combined two bedroom closets plus one behind those in their playroom to make one large closet that now is covered with antique doors from Charles Phillips Antiques in Mobile. 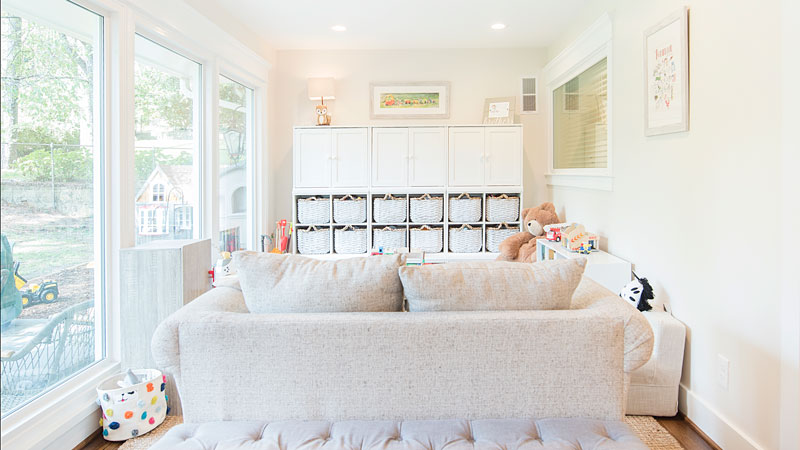 This space behind the living room/kitchen houses toy storage cabinets from Pottery Barn Kids, and its wall showcases a Homewood alphabet poster from the Cottage Basket store in Homewood. 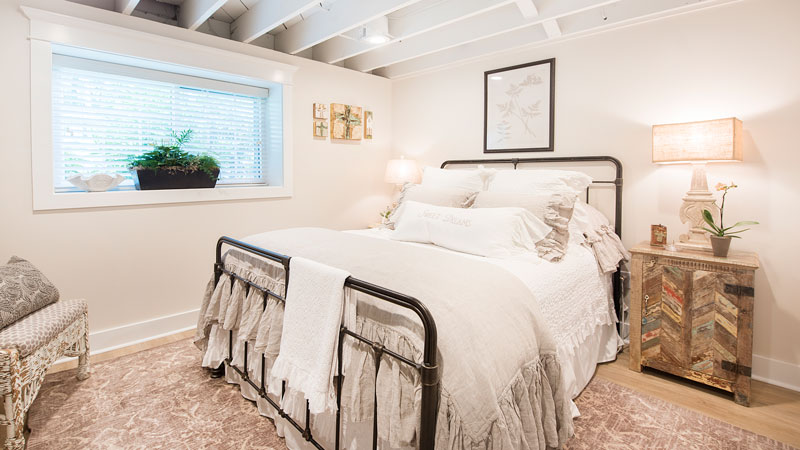 The guest room the Lawrences added in their basement is now known as the “Honey Bear Suite” since Maggie’s mom’s grandparent name is Honey and her dad’s is Bear. They added a small window to bring light into the space and deep shelves in dead space in the corners. The house also now has a third bathroom off of this bedroom.

Renovations opened up the spacious living room to flow with the adjacent kitchen with no wall to separate them. Maggie accented room’s neutral color scheme with a planter full of greenery from Leaf & Petal. 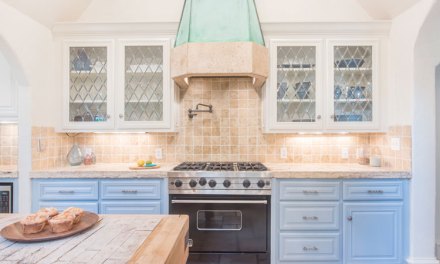 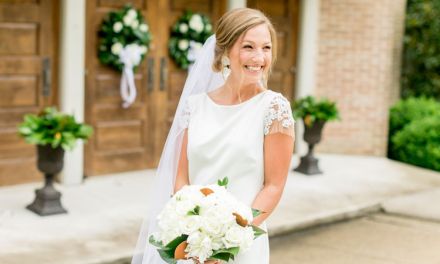 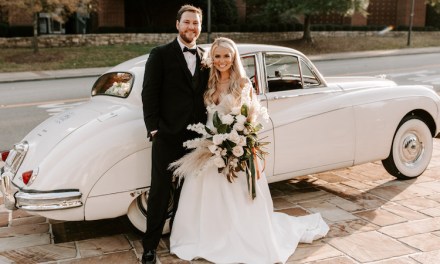