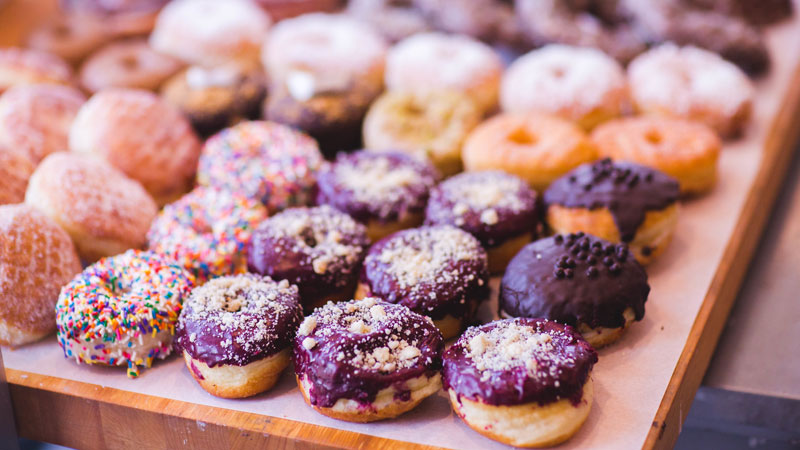 Even though he’s the brains and brawn behind Hero Doughnuts, Wil Drake wears an apron, not a cape, to work every morning. But ever the gentleman, he deflects the glory of the operation and spreads it around to others. “You’re the hero when you bring a box of doughnuts to work or school,” Wil says. “We love making people happy and our customers are heroes when they share our doughnuts with others.”

On a subway-tiled wall inside the Central Avenue restaurant, a blue neon sign glows, “Everybody needs a hero” as a reminder to the owners and customers alike of the name Wil and co-owner Jason Wallis chose after sifting through a long list of possibilities.

They wanted something short for branding and something that wasn’t hard to pronounce, and as they researched the story behind ring-shaped pieces of sweet fried dough, Wil says he was surprised to learn that doughnuts have a patriotic history, which also supports the hero theme. “Doughnuts are an all-American pastry,” he says. “During World War I, the Salvation Army volunteers served U.S. troops doughnuts overseas. They were so easy to make because you just drop them in hot oil.” 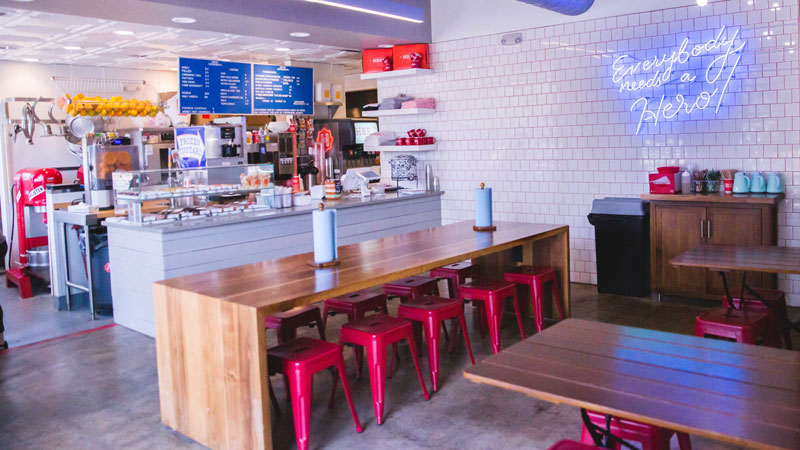 In fact, National Doughnut Day, the first Friday of June, is a holiday that honors the sacrifices made by Salvation Army volunteers and soldiers. This past June, Wil says they sold nearly 2,800 doughnuts on National Doughnut Day—their record so far. “We maxed out, literally as much as we could do in our space,” he says. “We sold everything. It was a marathon. It went so well without hiccups.“

Making doughnuts is a three-day process when it’s done Hero-style. Dough is made a day or two in advance and then is given time to allow the magical process of fermentation to occur. The staff then cut out the doughnuts and let them rest again. The next morning around 3:30 a.m. (the staff takes turns with this early shift), they are pulled out of refrigeration so they can rise, and then are fried and glazed and ready for the first customers by 7 a.m.

Most doughnuts are glazed before the shop opens so they are ready for hungry customers. But on weekends when people are more likely to visit later in the day, the Hero staff ends up frying and glazing throughout the day.

Besides the doughnuts that made them famous, the restaurant also serves breakfast and lunch sandwiches on buns made with the same brioche dough—a yeast bread made with eggs and butter. 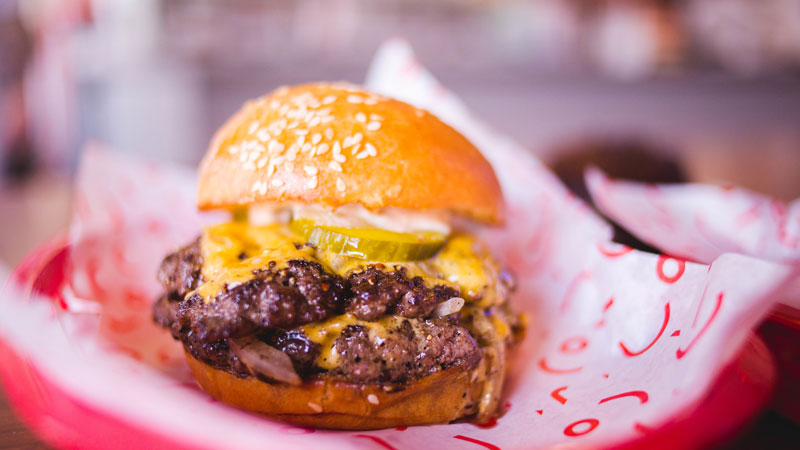 “Our double cheeseburgers are best sellers and then thanks to the Popeye debacle (when fast food chain ran out of inventory after two weeks of serving their chicken sandwich in August). We have doubled our Super Crunch (chicken sandwich) sales,” quips Wil.  “We make thoughtful fast food—we treat our cheeseburger and our bacon and egg sandwich the same way we would treat a steak or lobster.”

Wil credits his grandmother with inspiring him to develop the Super Crunch chicken sandwich. “Everything stems from something and these inspirations, or seeds, helped get my creative juices going,” he says.  “I grew up eating my grandmother’s fried chicken—hers was the best. We wanted a fried chicken sandwich that was crunchy but not greasy so we came up with a secret crust recipe that we are so proud of.” 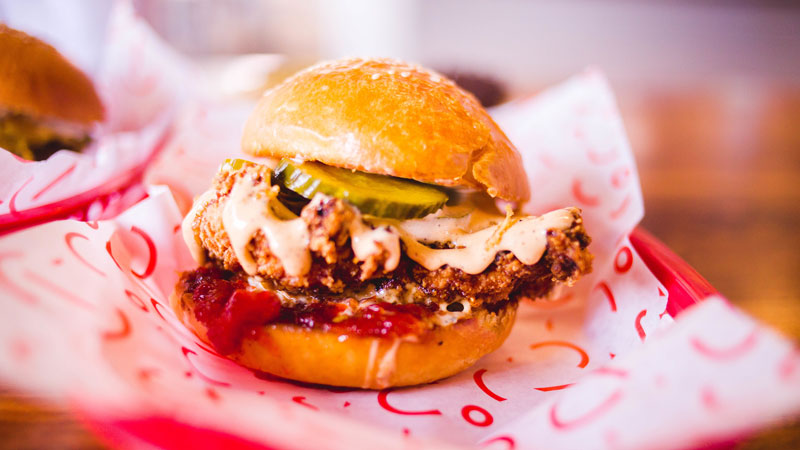 Over the course of his culinary career, Wil has been a private chef and a butcher, he’s planned and prepared meals for an eating disorder clinic, and he’s worked in various restaurant kitchens—and he’s on his third pair of Birkenstock kitchen shoes. He says that opening a doughnut shop happened organically.

“I had been wanting to do something on my own,” he says. “I was cooking at a private dinner and for dessert I made a platter of brioche doughnuts. Everyone started taking photos and asking questions about them.”

So, Hero Doughnuts began in 2016 as a pop-up shop at Seasick Records in Crestwood, which led to an invitation to sell at the Market at Pepper Place on Saturdays where Wil sold out of his doughnut supply every week. After gaining two more partners, Nick Pihakis and Paul Yeck, they took the plunge and went the brick-and-mortar route.

The homemade craft doughnut shop opened on Central Avenue, in the former Homewood Musical Instrument Co. space, two years ago on Halloween, and this year they celebrated the anniversary by doubling their space.

They had outgrown their 1,300 square feet and needed a larger dining area since their sandwiches are selling so well. Nabeel’s moved their market to their top level of their longtime restaurants space, which allowed Hero to knock down a wall to create more seating and storage. “It’s a good move for both of us—lower rent for them, more space for us,” Wil says. “We are thankful for our neighbors, being able to work with Nabeel’s, and are so excited about expanding. Homewood has been awesome and such a good supportive community to us.” 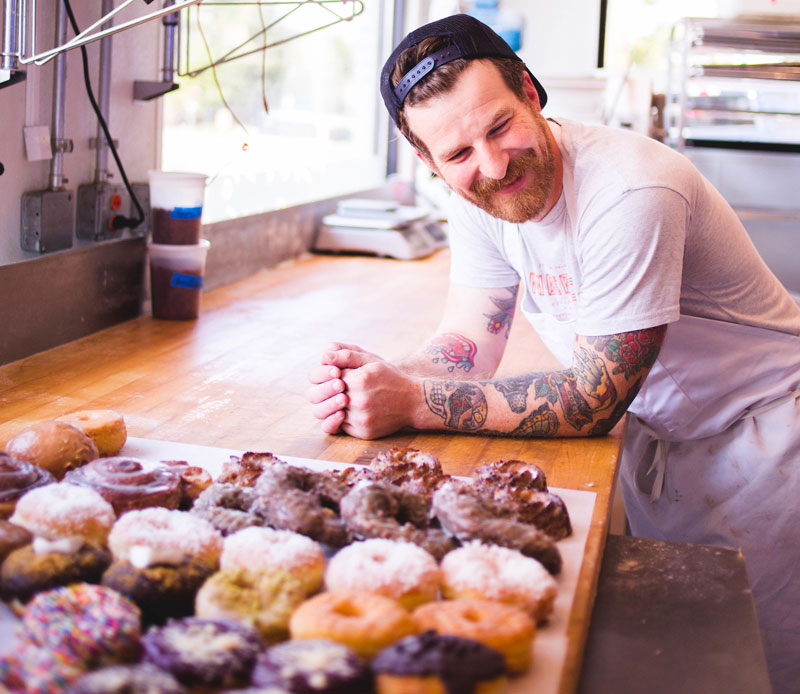 It was actually another doughnut chain, Krispy Kreme, that gave Wil some ideas about what he would want for his own shop. He recalls going with his father on Sunday nights after church to order a dozen hot doughnuts and quart of milk—not all of which was consumed, he points out.

“I would watch that conveyor belt and be mesmerized,” he says. “How can you not want one of those? We like for people to see our process too.”  Although there isn’t a conveyor belt at Hero, giant windows allow customers a peek inside what goes into making the doughnuts and sandwiches. They’re doing a lot back there. Besides the doughnuts and sandwiches, they make sidekicks (doughnut holes), apple fritters, cinnamon rolls and frozen custard.

“We make all of our fillings, glazes, dough and custards,” Wil says. “We want to stay familiar enough so people can get the flavor doughnut or sandwich they want but we love seasonal and holiday moments to get to play around and try new flavors.”

Although resistant to name a favorite doughnut, Wil concedes that he can’t resist Boston Cream and a hot glazed Pistachio. “We make our glaze with raw pistachios,” he says. “Pistachio ice cream is my favorite, and it inspired me.” 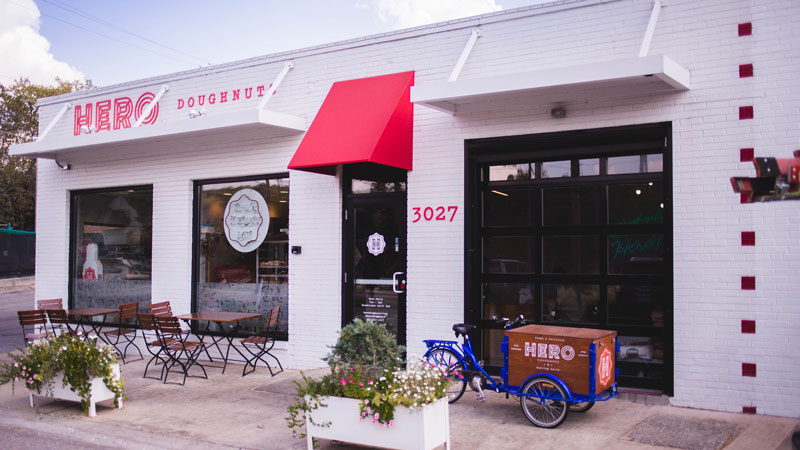 As he reflects back over his doughnut success, Wil points out that he graduated with a degree in nutrition and dietetics from Samford University. “I was pre-dental and was going to be a dentist or a nutritionist,” says Wil. “Now I’m encouraging cavities and calories.”

He laughs but says he loves making, and eating, doughnuts. “It’s all about moderation,” he says. “It’s fun and I’m thankful I can sustain a business selling sweets.”

Note: Hero Doughnuts is opening a location in downtown Atlanta in early 2020 but have no fear—Wil says he’s staying in Birmingham.

We had to twist his arm to pick these favorites.

Hero By the Numbers 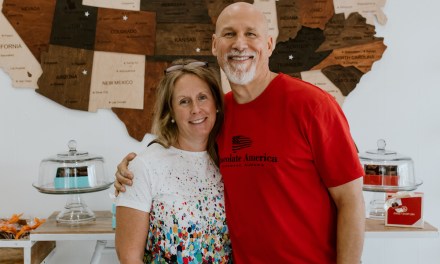 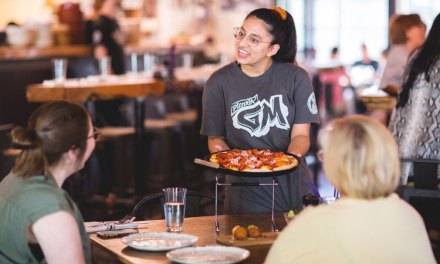 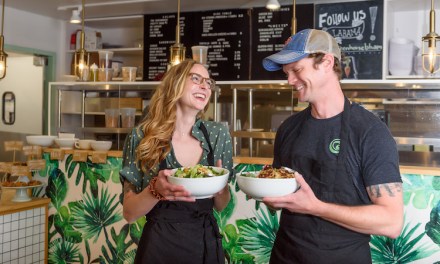 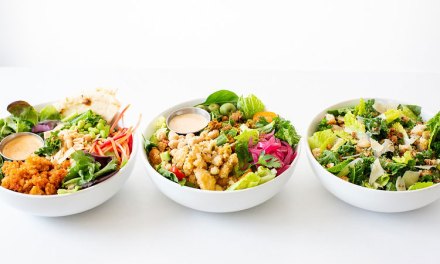